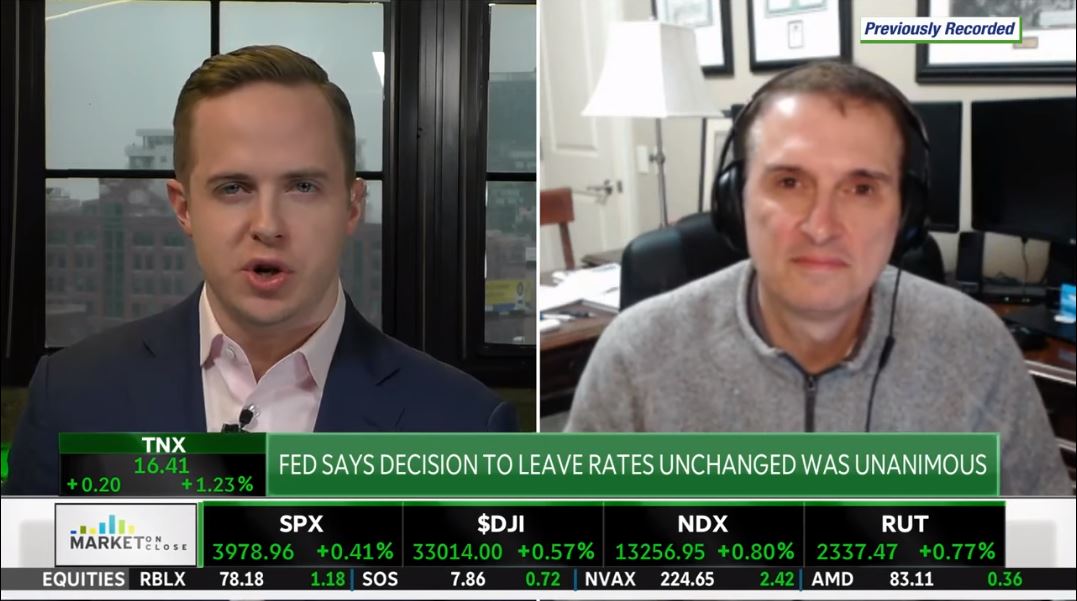 Jim Bianco joins Oliver Renick to break down the latest Fed decision, including the notion that the short-term top is in for the 10-year yield.... Read More 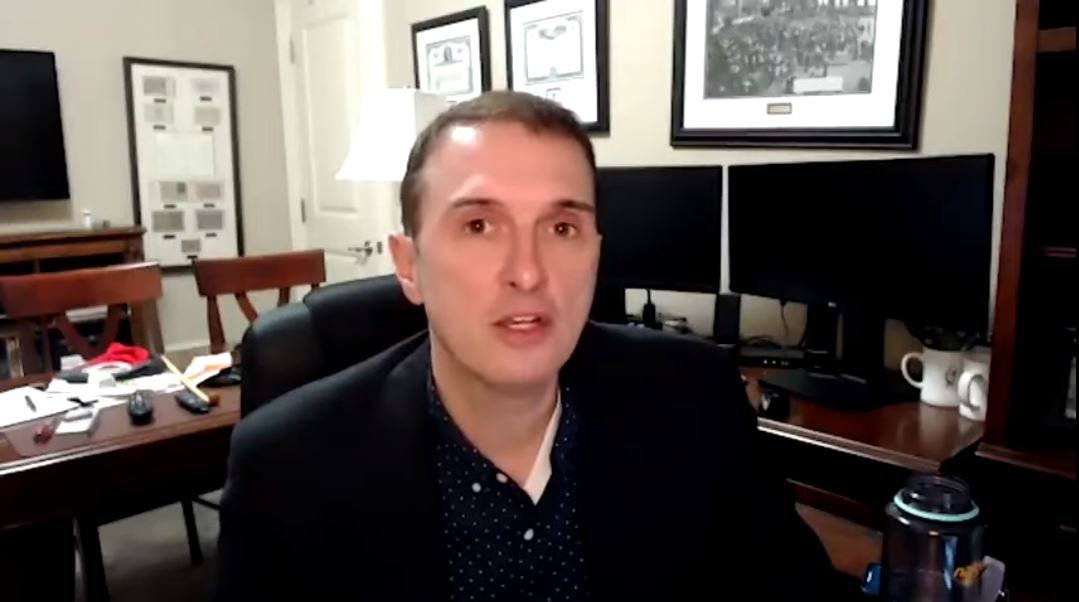 Jim Bianco: “I Try to Tell People About DeFi; It Will Come Here and Completely Flatten You”

Jim Bianco has decades of experience as a macro markets researcher. He's been leading his firm Bianco Research since 1990, which has family offices and traditional money managers as clients. He was at UBS and Lehman Brothers before that. He?s as TradFi as it gets, but recently, he?s been falling down the crypto rabbit hole ?hard. ... Read More 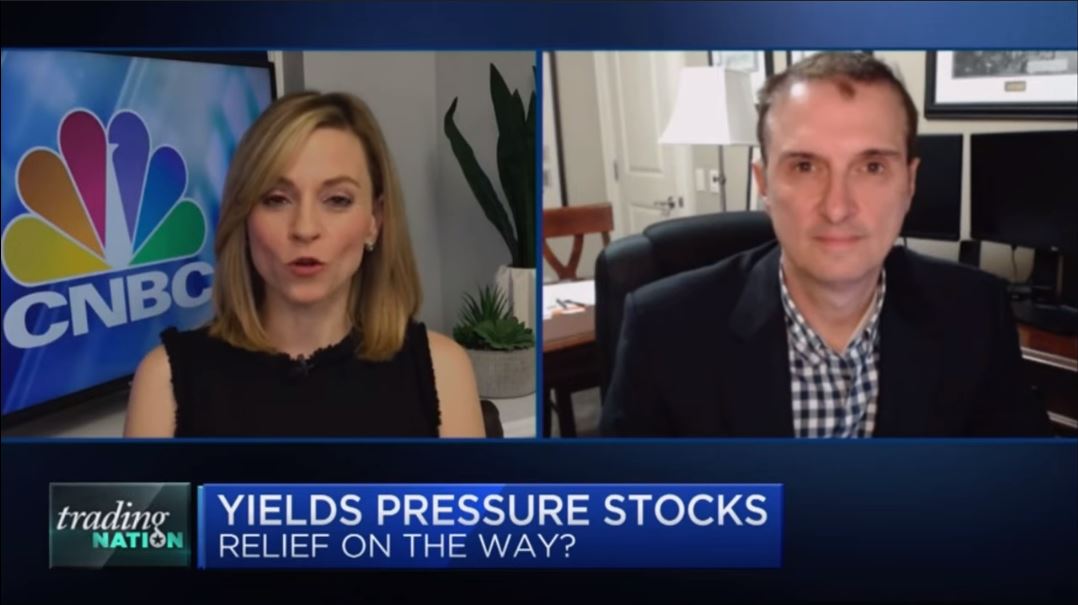 Jim Bianco: The trend towards yields is going to push-pull all year long

Wall Street forecaster Jim Bianco expects stocks to get a boost this spring because the benchmark 10-year Treasury Note yield will temporarily retreat. ?The near-term forecast is it?s oversold, and it?s probably due for a rally ? meaning that we would have falling rates,? the Bianco Research president told CNBC?s ?Trading Nation? on Friday.... Read More 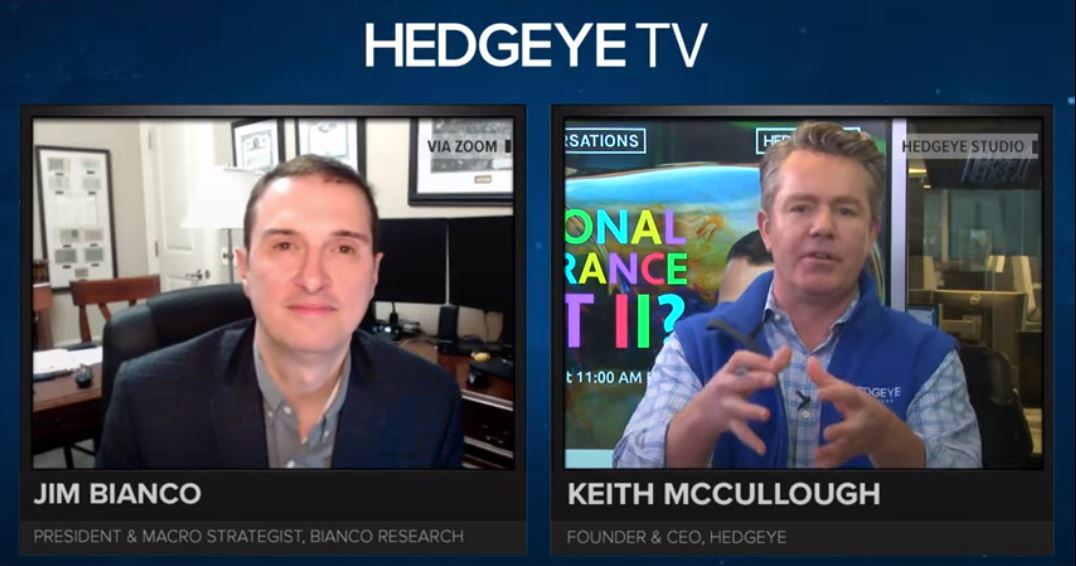 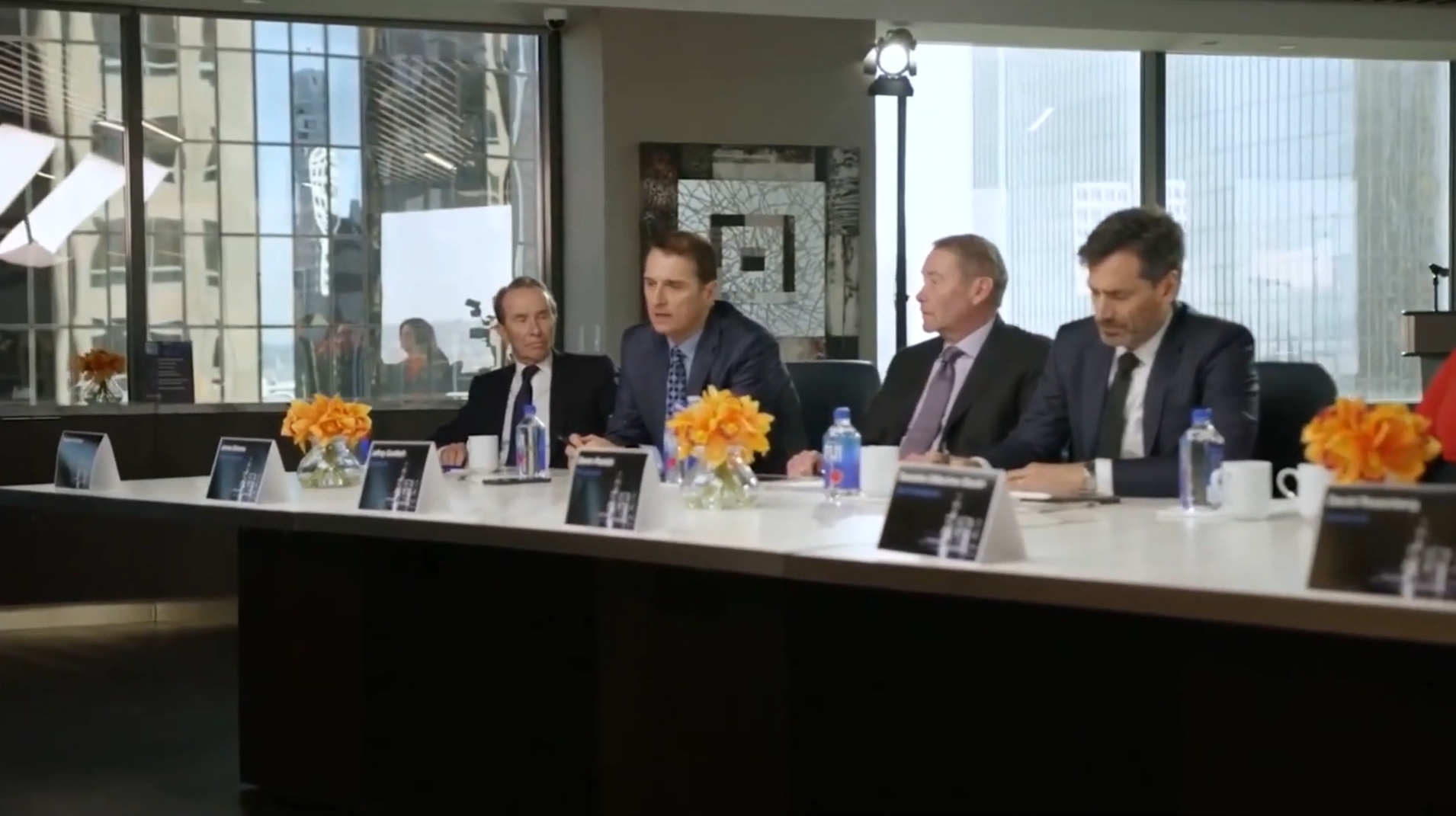 On January 6, 2020, Jim participated in DoubleLine's inaugural Round Table Prime to discuss his outlook on the global economy, central bank policy and much more... Read More

The Fed Has Overregulated the Short End of the Curve

Jim appeared on Bloomberg Radio on January 7, 2020 to discuss the risks central banks pose to the economy.... Read More 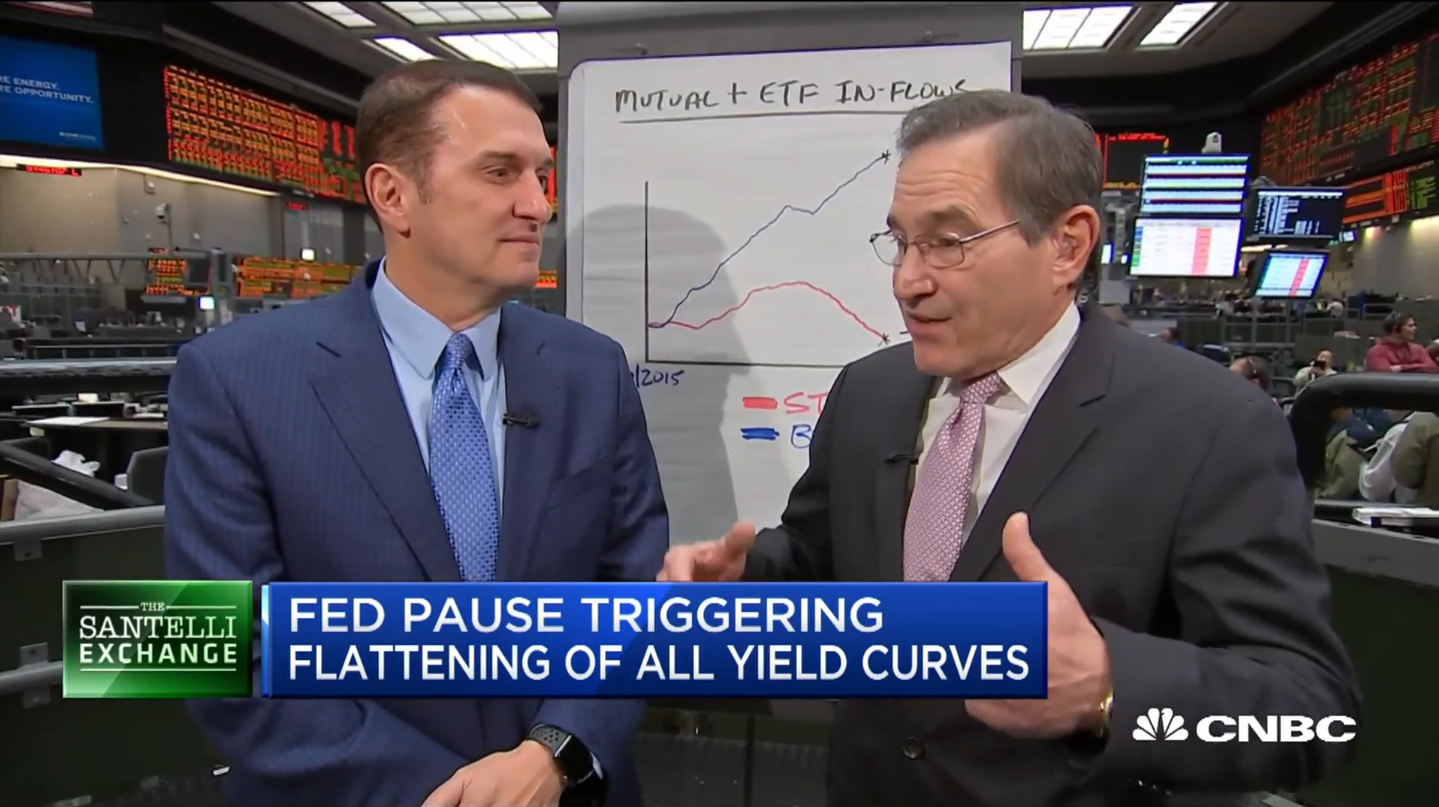 A Look at Stock and Bond Fund Flows 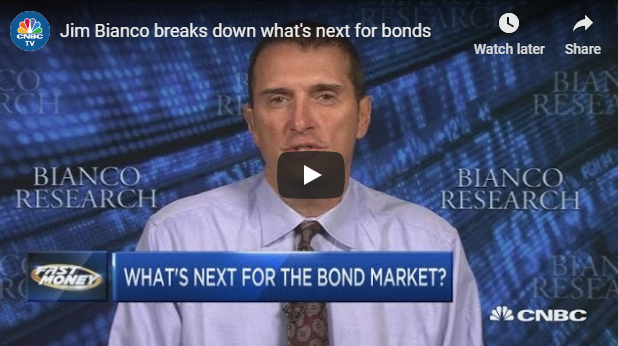 Jim was on CNBC talking about the bond market on August 19, 2019 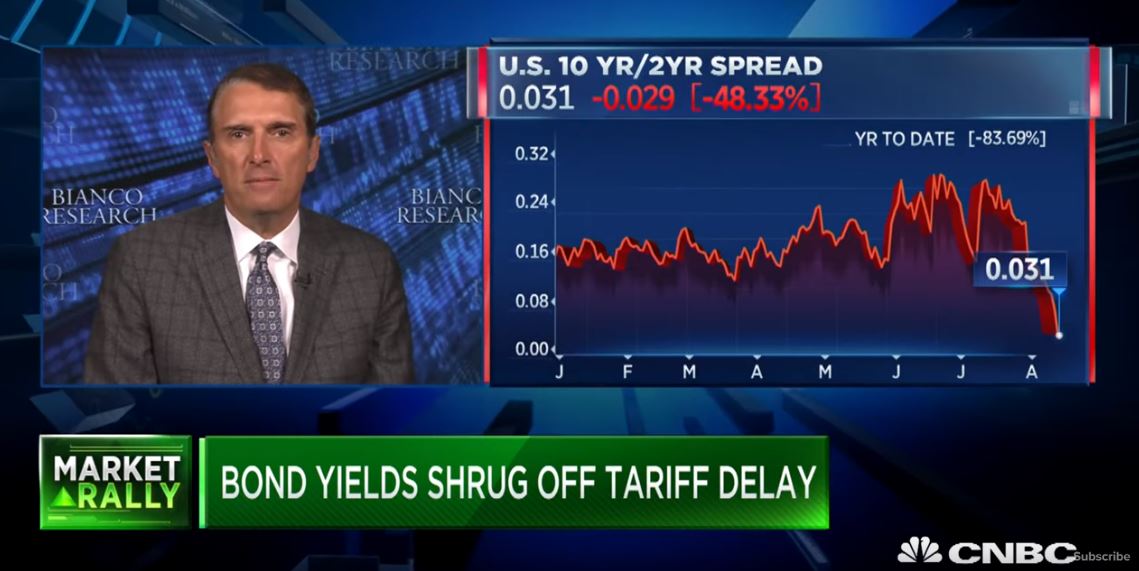 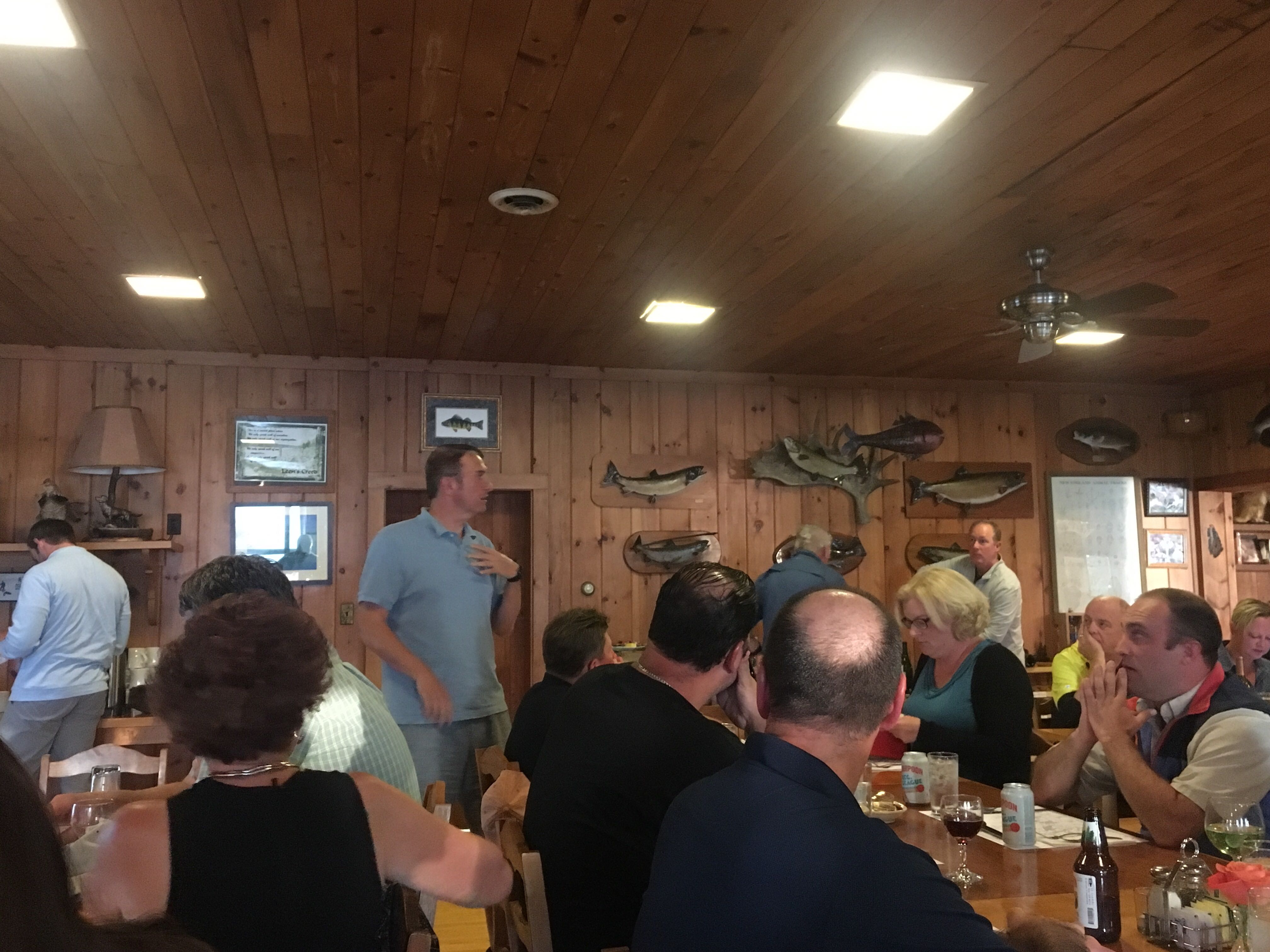 A Discussion of Modern Monetary Theory

Jim Bianco attended Camp Kotok on August 10, an annual fishing trip in Maine attended by economists and wealth managers. He participated in a discussion about Modern Monetary Theory.... Read More